Symbolism and its inherently fluid and changeable nature

How would the emoticon have been received pre 1990? Our grinning “Smiley Skull” is a design we created to try and visualise a concept. How can we truly be sure that how we view an image is not what we are taught to see. A symbol is just a picture, what we are seeing is our own judgement in relation to that image, an opinion that has been taught to us as our place in history chooses to represent it.

From George Orwell to Rage Against the Machine, one generation to the next; re imaginations based on the same ideas!

History is littered with changed interpretations featuring similar or identical images. From 18th century churches littered with skulls like some sort of hells angel convention centre, to the swastika image. When the Nazis took the ancient symbol, they erased the good meaning of the swastika, the symbol of purity and of life in Hindu or Buddhist countries where it has been used as a celebratory symbol for centuries. Is this symbol now forever tainted or in time will our memories fade and new ones replace them? Did you know that Gandhi tried to reason with Hitler in a friendly letter trying to affect the course of history. I have been meaning to look up the Bollywood movie for ages if not just to see how Hitler was played Bollywood style! Hindi Nazis just don’t seem scary to me, though I wonder how it was received in India where the context would be so utterly different.

Context is everything, as well as nothing at all!

So back to original point. If anyone writing a letter pre emoticon (lets say 1935) finished a letter off with a : with a – and a ), the recipient would probably be very confused and send back a correspondence urging some grammatical lessons. You would then have to explain you were trying to sum up an emotional state with symbols made up of punctuation. I’m sure their response would be ‘why did you not just tell me you were happy in words?’

But today it is commonplace to bow out of our whatsapp or text conversation with a bit of misplaced punctuation summing up a complex emotional state to our fellow humans. I mean explaining our moods in words would just be too tiresome and boring right? It might actually lead to a conversation or understanding, rather than a trademark Lol response!

Many religions used skulls and bones, which today would seem weird to our modern interpretation of what a church should be or look like. But then a skull is just bone, we all have one, our interpretations are based on how they are currently used in the media and in society. 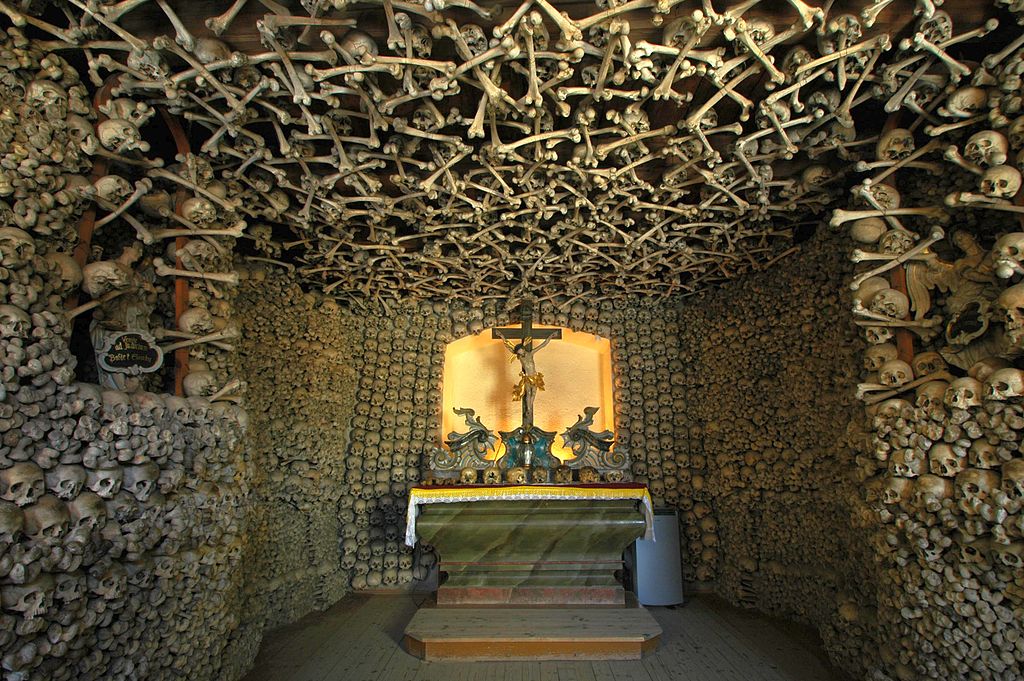 Chapel of Skulls in Czermna, Poland

Our ‘Smiley Skull’ attempts to subvert obvious associations and replace them with a question mark. What is positive or negative anyway ,but a subjective theory?  It is our symbol, that was invented to try and simply sum up an unanswerable question.

I think the best example of how we like to view the world would be ‘always look on the bright side of life’ from the film Life of Brian. This song is such a simple and brilliantly humorous capturing of the concept that runs through our smiley skull and many of the other Conquer Gear Designs!

-OR JUST THE BEGINNING-