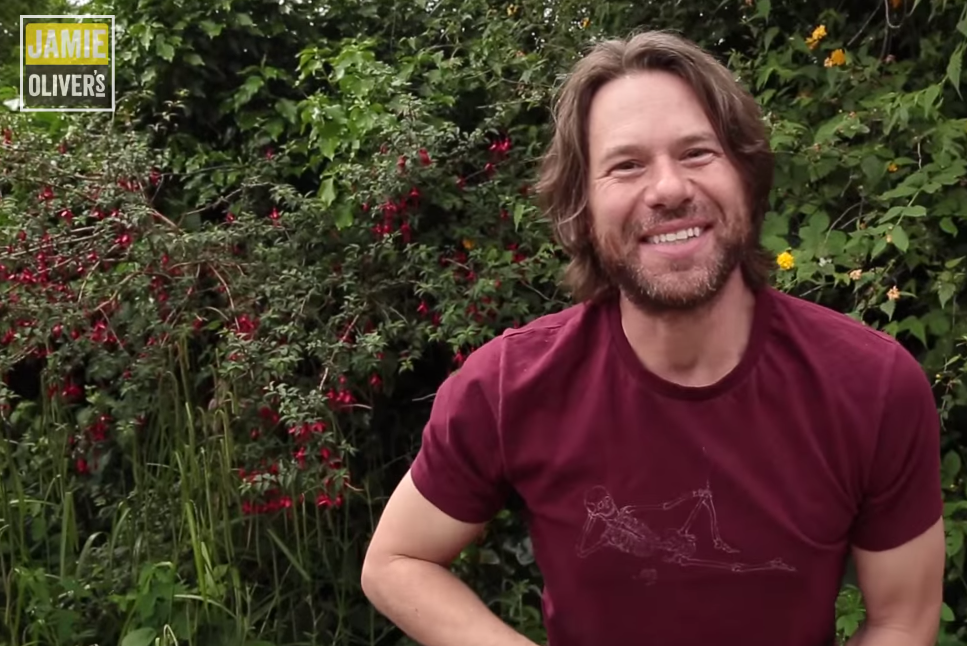 Conquer Gear has been the T-shirt of choice for Christian Stevenson (AKA Dj bbq) for many moons. He told me of his catertainment plans locked in the back of a conquer stock van as we made our way back from Bestival 2012 where Christian had been hosting and we were trading the secret emporium.

This madcap idea of smoking the tunes while smoking meat made me chuckle, but never underestimate the power of imagination because this is one man that can turn creative idea’s into reality. Just 2 years later and he is a regular Feature on Jamie Olivers FOODTUBE, Has a book on top of the amazon chart and still rocks his favorite Conquer Gear shirts in front of a few million BBQ enthusiasts.

Christian will be Grilling and DJing as BJ BBQ at Jimmysfarm Sausage and Beer Festival July 26th and 27th so head on over and get in on the action. Just Click the link bellow to get tickets.

DJ BBQ is playing and cooking @ Jamie Oliver’s Big Feastival this August too!

Dont worry if you miss Jimmy’s Farm, DJ BBQ is at the ‘Feastival’ Festival by Jamie oliver in August as well.

The BBQ recipes coming out of this man are the best i have ever tasted.

Big seal of approval from the Conquer Family.

Personal favorites are ‘Grilled Pineapple salsa’ and the ‘Jalapeño Party Poppers.’ I have had the pleasure of the man himself cooking me his ‘Bacon Firebomb’ and i have been savouring it ever since.

Jamie Oliver saw the enthusiasm and raw cooking talent of this energetic host, he is now a regular feature with or without his BBQ. Have you checked out his DJ BBQ channel for more recipes and hints and tips for a summer full of catertainment.

One thing you will notice about DJ BBQ is that he loves an old mans face, He has a ConquerGear old man T-shirt for each day of the week, From caveman to emptiness, Laughing man to Beardman. He knows how to rock the graceful beauty that life dishes out. He is a wonderful friend and a great champion of our brand. So thank you BBQ man. Come round Conquer HQ for some catertainment soon!